Catch Us on The Flip Side 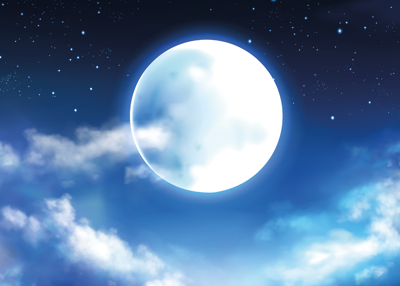 The March New Moon is a New Beginning

The lunar cycle reminds us that there is a thin line between an ending and a new beginning. As the new moon closes one cycle, it also presents a blank slate for the next. Each new moon is a powerful liminal space containing both the past and the future. The March 13th new moon in Pisces is an opportunity to reflect on what has passed and dream about what is still to come.

As a mutable sign, Pisces is well accustomed to change. Mutable signs (Gemini, Virgo, Sagittarius, and Pisces) mediate and often assist others through transition. Fun Fact: The sun season for each mutable sign also corresponds with the final month of each meteorological season. This is particularly potent right now as early signs of spring have already begun to melt away the winter frost. Pisces’ adaptable nature will charge the new moon on March 13, inspiring us all to accepts change into our lives.

The moon is our emotional ruler and it can be difficult to clearly identify your emotions in the darkness of a new moon. Luckily, intuitive Pisces has a gift for perceiving what’s hidden. The new moon in Pisces is a chance to explore the depth of our feelings. Introducing creative expression into your new moon ritual is a great tool to embrace your emotions and tap into the present Pisces energy. Try writing a poem as a part of your journaling practice. Dance to a song you haven’t heard in a while. Get dressed up, even if you have nowhere to go. Whatever you choose, just be sure to engage yourself with empathy.

The sun and moon in Pisces will be joined by romantic Venus and spiritual Neptune. This conjunction may hint at a promising new relationship or an exciting next step with your partner. Have you been thinking about getting out there again? Explore your romantic wants under the new moon in Pisces and set an intention for the future. Spring is practically here and, may I remind you, is colloquially referred to as mating season... What’s been keeping you from exploring a new connection? We’re approaching the best weather for socially distanced dating. Dive in!

Pisces intuition often manifests as mystical sensitivity, serving as the psychics of the zodiac. The new moon conjunction with spiritual Neptune only amplifies this energy on March 13. Take advantage and experiment with a new ritual. Pull your tarot, construct a crystal grid, or light a candle to brighten the darkest night of the month. Several of my friends practice a cleansing bath ritual during significant lunar phases, which is absolutely in the spirit of a Pisces new moon. There is nothing more Pisces than to be engulfed and supported by water.

Researched and Written by Sierra Carlson for ilios.

About ilios: An evolution to online dating that creates a unique experience for users to match based on astrology & numerology providing a deeper match beyond surface and lifestyle. A new moon is rising on data and coming to a city near you. Join the waiting list. Follow us and stay up to date